My story with this car

Seen for sale dec 30th, 2017
Ad text:
Up for sale is a 1989 Volvo 780 4-cyl turbo. 2-owner car, -family. I'm selling the vehicle on behalf of my grandma. She bought it in November 1996 with 42,845 miles from her brother, ho bought it new in 1989. I have the title in hand and she will be available to discuss the car if the potential buyer requires interaction directly with the owner.
Also in hand is a "NMVTIS MULTI-STATE VEHICLE HISTORY REPORT" from www.vehiclehistory.gov.
The car has been a daily driver for 26-years, t's a very rare car but it's not perfect. This Volvo has been reliable over the years, ut age is catching up. I'll go through a number of things I believe are either in need of repair or notable.
Within the last couple weeks, here seems to be an electrical issue with intermittently drains the battery overnight. There has not been significant effort put forth to identify the cause, ut will likely need to be looked at.
The air conditioning was converted to R-134 in the mid-90s, ut does not work today. About 4 years ago the relay for the a/c clutch within the control panel failed; a Volvo specialist by-passed the relay with a manual switch and that worked for about a year. Meanwhile, believe the system leaked R-134 and eventually we just pulled the belt off a/c compressor and it's been without a/c since.
The engine is the bulletproof B230FT red block, owever, t was designed with shims used to adjust valve lash and the engine is this Volvo needs to have the valve lash adjusted to quiet what has become a noisy valve train.
Notable "pros": It's been maintained well over its life. Last year, 6,000 miles ago, he Volvo received a new distributor, ew water pump, ew timing belt and tensioner, nd front rotors/pads. These cars were never very fast but this Volvo does run well. I have many service records. The original window sticker, he owner's manual, hree original keys, nd some service records (my grandma's information removed) will go with the car.
Notable "cons" not mentioned elsewhere: The headliner sags, he driver's seat has the typical side bolster wear, he sunroof leaks in heavy rain, he paint is fair, here are two separate rust spots on the driver's side front fender (only the one fender is affected), he suspension is has a couple bushings which will probably need to be replaced, he front passenger seat plastic side hinge cover is broken but will be included with the car, nd the front lower fascia is cracked.
In 2005, he vehicle was involved in a minor, ingle car, now related incident which put a dent/crease in the driver's side door skin. My grandma decided to order a new door from Volvo in Sweden and had the entire door replaced and painted. She is fairly sure the new door is the only panel which received new paint; the color match was perfect--still looks good 10-years later.
All the above information is stated to the best of my knowledge, ith input from my grandma. The vehicle is being sold as-is without any express or implied warranty. As mentioned, here are a couple aspects of the car which may be in need of repair and any potential buyer is fully aware. There may be other issues with the car which are currently unknown. Volvo may have built this 780 like a battle tank, ut it's a 26-year-old daily driver... 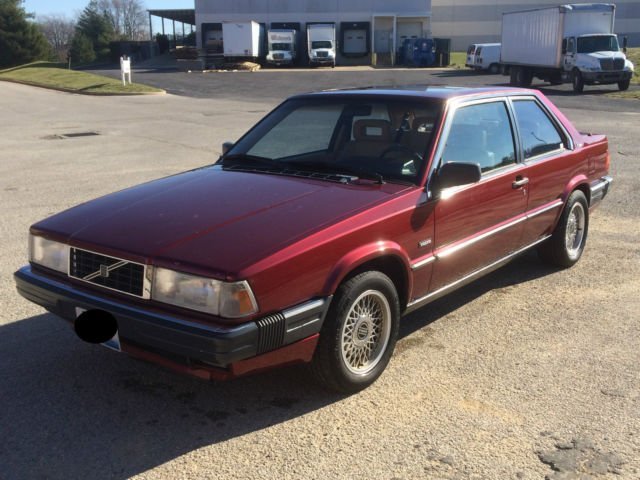 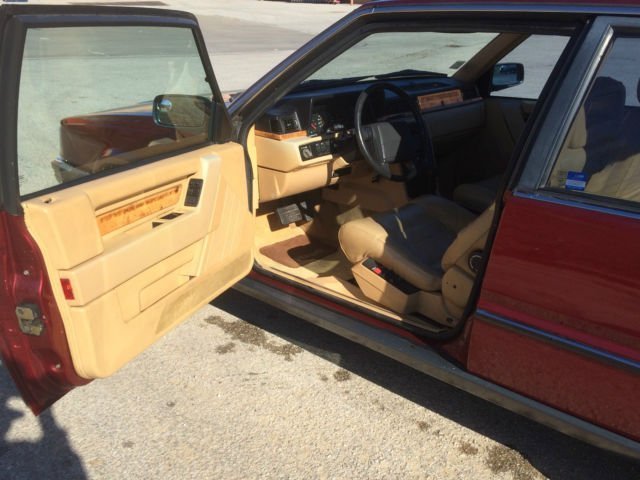 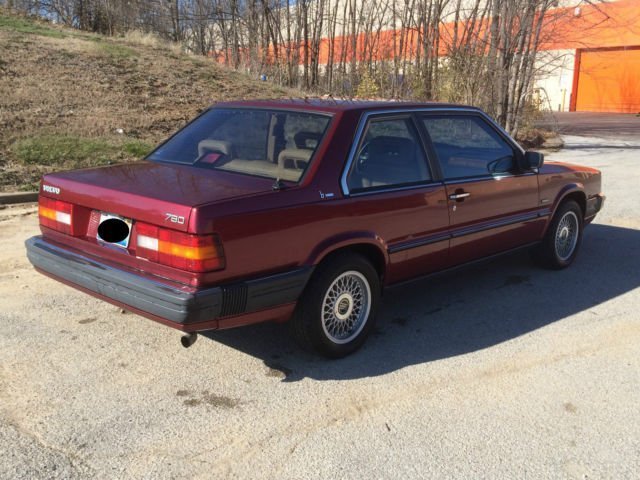 About the Author: Anonymous

This is an anonymous placeholder userid used to collect ownership records for people without a userid on this site.
<script type='text/javascript' src='https://780coupe.com/wp-includes/js/wp-embed.min.js?ve