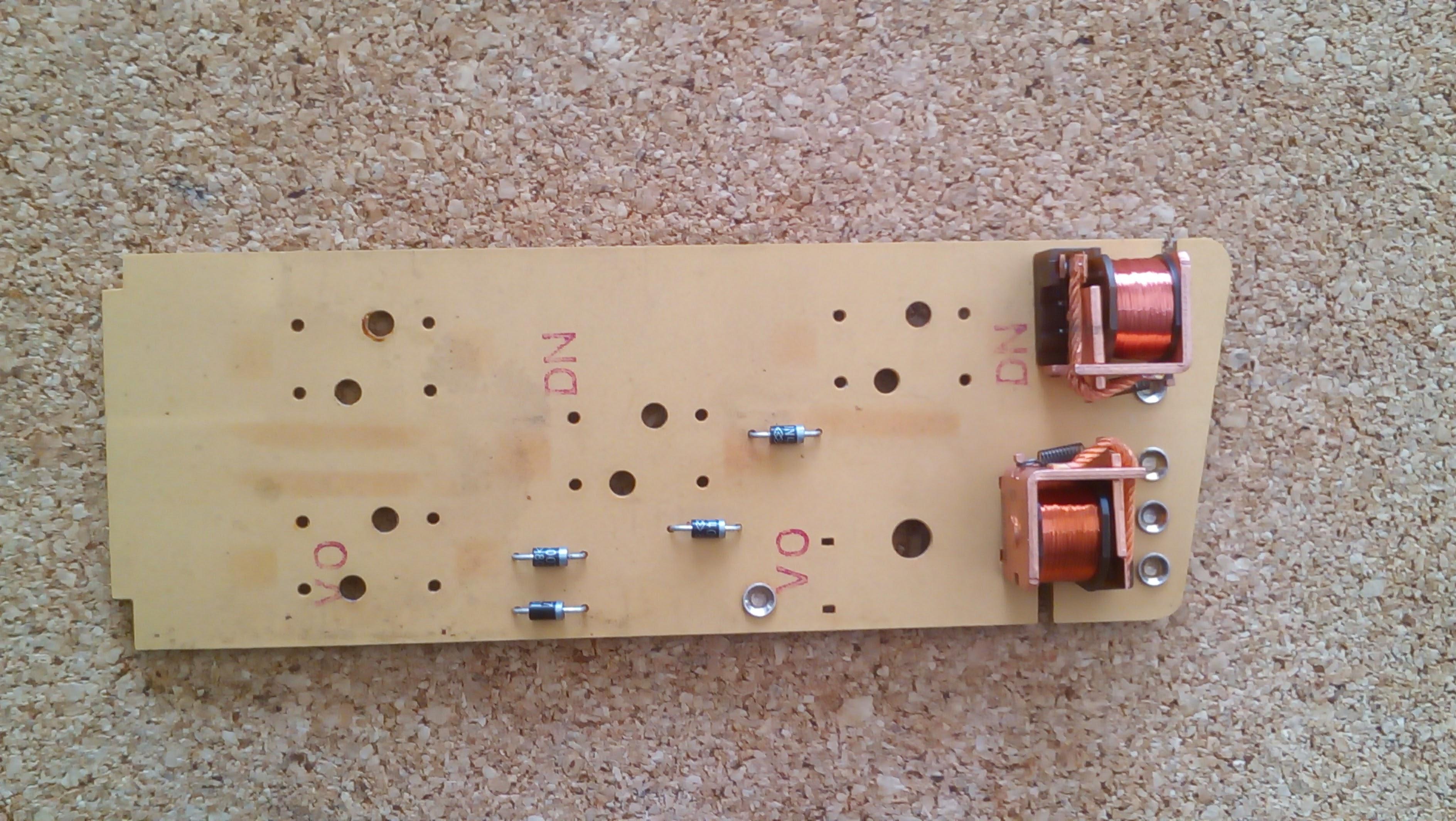 I have totally disassemble the power seat controls and black box on the 89.

The black box under the seat augments the forward/backward travel for the
fold down feature. It does not process the other 3 controls, only
forward/backward.

This board is really scary old complicated TTL analog tech. It intercepts
the forward/backward control from the stock head units and adds forward control
when the switch releasing the fold forward is depressed and held. There is
also a limit switch at the back of the seat (ball bearing which contacts the
side console) to stop the forward motion (forward position reached).

This board can be completely by-passed with the loss of the fold forward
feature, returning the seat to a stock 760/960 style. One just has to manually
more the seat forward.

I think my black box is shorting out the seat motor 30A fuse. I manually
test all the 4 motors (using a battery to power each motor in both directions)
and they are good.   I had the control head out already, and took the opportunity to rebuild it.

I separated the control head (remove all the button, arms, ball bearings), and
desolder the board to reveal the 2 relays and 4 diodes. I remember doing this 25+ years
ago with my 740 Turbo to fix one of the bad relays. Just go slow with low wattage
iron (solder sucker and wick), slowly pry the board up and away from the housing as
you desolder. Start from one end and work (pry up) towards the opposite end.
The board is essentially fasten to the housing via the solder joints (23 of them).

If the fold forward feature is really important, it can be mimic-ed using
an Arduino PLC and some relays.   This is low on my restore priority.