The Volvo 780 coupe made its debut at the International Auto Show in Geneva, Switzerland in 1985. It marked the return of a two-door 2+2 seater coupe to the Volvo stable after a four-year absence following the departure of the 262C in 1981. The 780 became available in Europe in 1986, and would come to the United States a year later.

The 780 is also Volvo’s last “traditional” rear-wheel drive coupe. With the demise of the S90/V90 (formerly 960) model line on February 5, 1998, Volvo has invested its future in front-wheel drive designs. 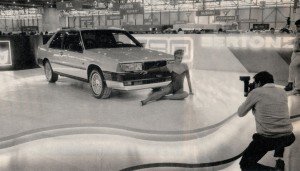 Like its predecessor, the 780 was designed and built by Carrozzeria Bertone in Turin, Italy. However, unlike the 262C, the 780 was not merely a two-door 760 with a “chop top” roof. Bertone gave the 780 its own distinctive shape which set it apart from the other models, yet was still identifiable as a Volvo. The car had a sleek, low profile, inheriting some of the styling of the other 700 series cars, but without many of the severe angles and sharp corners. The hood, trunk, and roof lines were all slightly lower than the standard 700 series profile, and the C-pillar was wider and had a more gradual slope down to the trunk. Headroom was improved over the 262C, thanks to Bertone’s mere 1 centimeter lowering of the roofline! Window frames all had black matte trim, and were accented with chrome. Chrome also highlighted the door handles, bumpers, and side mouldings. 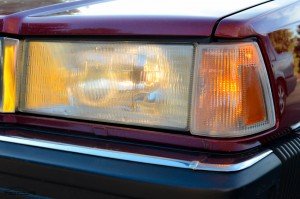 Headlamps were large, flush-mounted units with integrated high and low halogen beams, and the grille was a black, “egg-crate” design similar to the 740 Turbo. Fog lamps were integrated into the air dam. 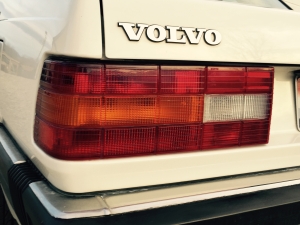 The design for the taillamps was a new departure from the other 700 Series cars in 1985, but by 1990 and beyond this design would be applied to all other models in Volvo’s lineup (other foreign automakers would later copy this design as well).

The original 780 had wide 205/60 HR15 tires mounted on signature 15-inch, 15-spoke alloy wheels, and was also offered in certain color schemes not available to any other models. 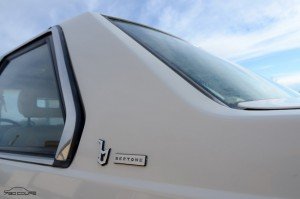 Following traditional Italian coachbuilding practice, Bertone endowed the 780 with badges of its name and famous logo, which appear on the base of the C-pillars.

The 780’s interior also received Bertone’s undivided attention. The instrument cluster and general dashboard layout was carried over from the 760, but otherwise the interior was uniquely designed for the model. Birch burl wood accents with a high-gloss finish highlighted the dashboard and door panels. 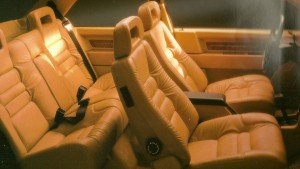 In front were contoured, sculpted bucket seats with height-adjustable headrests—reminiscent of Bertone’s classic designs for Alfa Romeo and Ferrari in the late 60’s and early 70’s. This style of bucket seat would be imitated extensively by most automakers by the early 90’s. The rear seat was specially shaped for two occupants and featured integrated headrests. Seats were of course covered in hand-stitched leather. 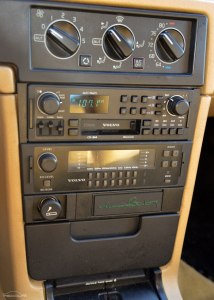 In addition to the full complement of standard luxury equipment inherited from the 760, the 780 had some unique features of its own. It was equipped with a four-speaker stereo system with cassette receiver, seven-band electronic graphic equalizer, and a high-power amplifier mounted in the trunk under the rear hatshelf. 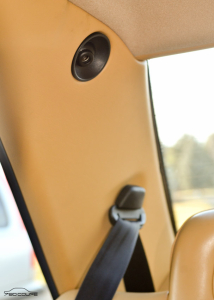 Map reading lights were mounted above and behind the rear passenger side windows. Buttons on the side of both the driver and passenger seatbacks tilted the seatbacks forward to allow for entry to the rear. And until the arrival of the 850 in 1993, the 780 was the only model to feature a power moonroof. Like the 760, a driver’s side airbag and anti-lock brakes were standard equipment (both of which were otherwise considered a luxury item in 1987).

The European-spec 780 did have certain minor features which were not available on the U.S. version, including headlamp wipers and side marker lights. In addition, the European 780 had more engine choices, including a turbodiesel, and was available with a manual transmission.