Concept Build – Glass Out Rust About 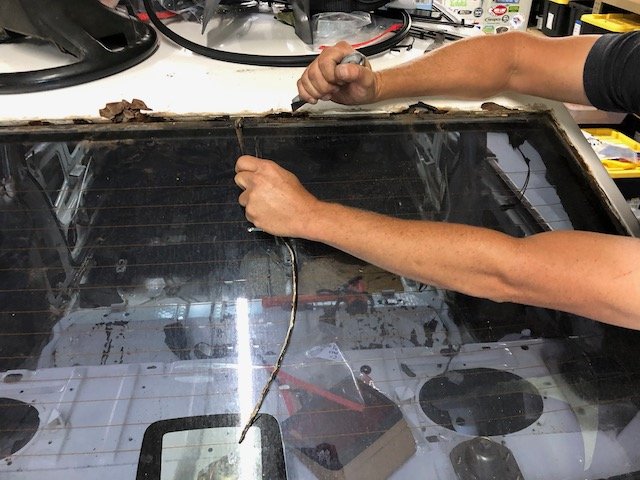 Removing all the glass was an important next step and it revealed an answer to a mystery. Why was there so much rust and missing metal around the front and rear windshield?  The 780 was treated in Turin back in 1989 at the factory with one of the most technically sophisticated paint sealing and electrolysis process of the day. Every effort was made to protect the zinc coating. So rust on a 780 is fairly rare.  The Concept 780 had been exposed to a number of years on the California coast with a blast of salt air, but why around the windows and hardly any where else?

When my friend and neighbor, who happens to own his own glass repair business, was able to remove the front and rear glass using professional tools and skills. He noticed in the removal process that back with ASC initially removed the factory glass for the paint and body work, they likely used a razor blade to cut through the rubber sealant under the trim.  It isn’t uncommon for shops to make the mistake of missing the fact the knife cut through the primer and into the bare metal will rust. Once the new glass and sealant are reinstalled without putting on a new primer, it sets up a perfect environment for rust.  Over time water gets in behind the trim and can work its way, especially in moist salt-air environments, into the exposed metal. Fast forward a decade and entire sections of the edge are missing.

Another exposure point, and “failure point” on the 780s is the rusting of the back-side windows on the bottom edge.  Any 780 that has spent time outdoors will likely have slight rippling in the black seal at the base of the rear window.  When the windows are removed it is highly likely the bottom metal frame that the window sits in and mounts to the car will be rusty. Fortunately for the Concept 780, despite the other rust, the rear window frames were only mildly rusted. We will still plan on replacing the frames with ones that are not rusted out of the donor car. 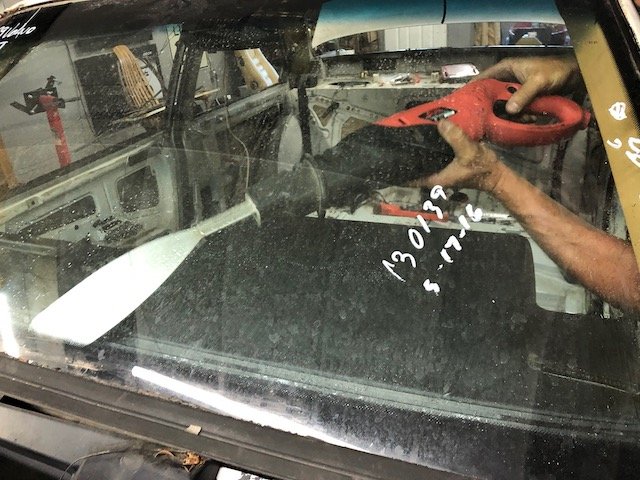 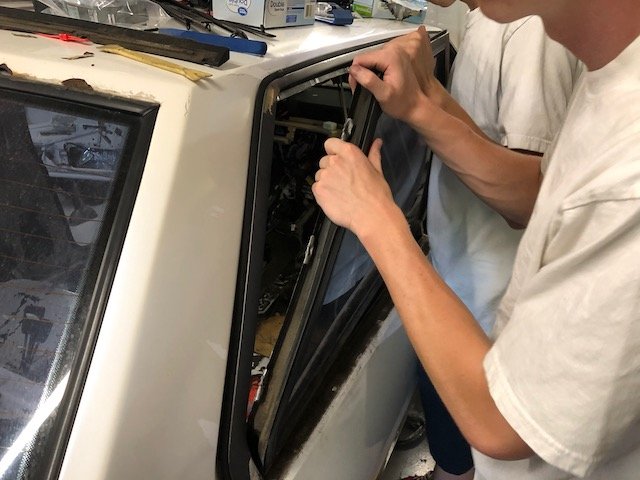